OTTO Health Care, the sister organisation of OTTO Work Force, has signed a historic cooperation agreement at 4.00 a.m. this morning with Cardinal Santos in Manila, a very reputable and progressive hospital within a group of 19 Filipino hospitals. With this collaboration, we will be able to bring well-trained healthcare personnel to the Netherlands in a short period of time in order to relieve the pressure on the healthcare system.

The cooperation involves the training of Filipino nurses for Dutch and German hospital care. Nurses who are interested in working in Europe for a maximum of 5 years will be prepared by the hospital for the German or Dutch language, culture and way of working. After a maximum of 5 years, these nurses can start working again in the Philippine hospital Cardinal Santos. They can then again contribute to the development of Filipino healthcare. CEO Frank van Gool: "We call this 'organised circular labour migration'. It is the first time that this is being organised in this way and in that sense it is a historic cooperation agreement."

The pressure on the Dutch healthcare system is high. The ageing population means there is an increasing need for care, while fewer and fewer people are choosing to work in healthcare. All healthcare professionals do their utmost to provide the best care to our country, but the pressure continues to grow. This cannot be solved in the short term in the Netherlands and we have to prevent healthcare professionals from falling over, further delaying operations or other care.

Successful cooperation is in everyone's interest
This cooperation did not come about overnight. Frank van Gool, together with the OTTO Health Care team and representatives of Dutch hospitals, has been talking for a couple of months and has also actually visited the Philippines and Indonesia. It became clear to them that the quality standards of the hospitals that were visited dovetail nicely with the requirements that we in the Netherlands set for care.

Raul C. Pagdanganan (President & CEO Cardinal Santos): "The common ground between OTTO and Cardinal Santos has paved the way for a successful partnership between two seemingly different countries, which are nevertheless similar in many ways. The value of family is deeply rooted in both cultures and that also translates into the kind of care we provide to patients - care that is filled with comfort, compassion and most of all malasakit, a Filipino word for caring for people and going the extra mile. " 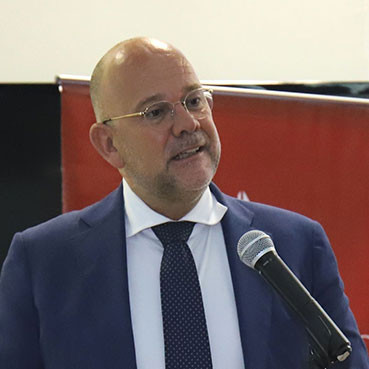 "We want to offer a short-term solution by having foreign nurses work in the Netherlands temporarily. In other European countries, such as Germany, the United Kingdom and Switzerland, this has already been done for some time and it has been seen as very positive."

Frank van Gool (CEO OTTO Holding): "Due to the ageing population, healthcare in Western Europe has major challenges. Deploying people from Eastern and Southern Europe is not a structural solution, because they have the same problems there. In the Netherlands, we are already short 49,000 people in healthcare this year, which will triple to 150,000 in 2030. Together, we must try to reduce the workload in care and make it more attractive to work in care. We cannot postpone the discussion on how we want to organise healthcare in the future. We cannot allow work pressure and the number of postponed operations to increase even further. We want to offer a short-term solution by having foreign nurses work in the Netherlands temporarily. In other European countries, such as Germany, the United Kingdom and Switzerland, this has already been done for some time and it has been seen as very positive. Germany, for example, has the so-called 'Triple Win programme' in which 3500 nurses have been employed so far. This is good for the German health care system, for prosperity in the Philippines and, of course, for the nurses themselves. Germany plans to bring an additional 600 Filipino nurses to Germany this year.

Apart from the fact that working temporarily in Europe is good for the person's development, various studies show that prosperity in the country of origin increases by leaps and bounds through remittances to the home country. The idea that these plans come at the expense of the Filipino community, for example, is incorrect. Studies show that countries of origin benefit enormously. Prosperity increases enormously and fewer people live in poverty. There is therefore a 'brain gain'.

Through OTTO Health Care, OTTO Holding focuses on the development of, among other things, the 'Asia Europe Talent Bridge' in order to solve shortages in the European labour market. In cooperation with Dutch hospitals OTTO Health Care wants to bring Filipino and Indonesian specialised and highly qualified nurses to the Netherlands in a pilot project before the end of the year. The nurses will be (intensively) trained in their home country in the Dutch language, culture and care and will come to the Netherlands for a limited number of years in order to relieve the pressure on the Dutch health care system. The first nurses are expected in the third quarter of this year.

More information about this article

A study of 71 developing countries concludes that 10% more remittances per capita lead to 3.5% fewer people living on $1 a day. The Philippines, with 10% of GDP, is the largest recipient of remittances.
In the state of Kerala in India, from where tens of thousands of nurses went to work in the UK, average income has doubled compared to the Indian average, illiteracy has dropped from an average of 27% in India to 6% in Kerala, and child and maternal mortality has fallen by over 60%. Download image for press